Following up on our previous comparison of awnings from Smittybilt and ARB, last weekend we were able to check out an offering from Tepui on a friend’s JKU. 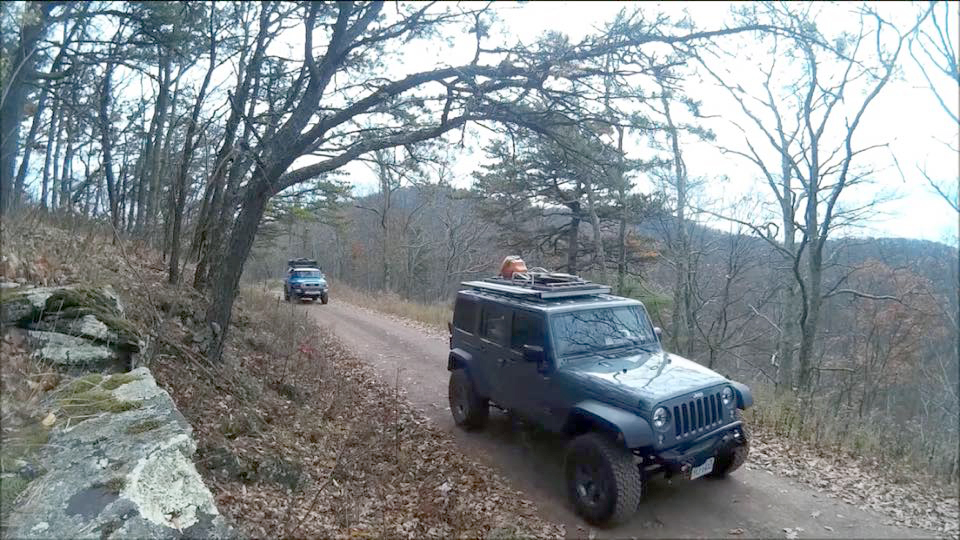 Neil first purchased a tent from Tepui and fell in love with the orange. The tent was first mounted to the JK roofrack before Neil made his incredible offroad trailer.  In the near future, we’ll try to put together a walk-around video where he can tell you more about his builds. 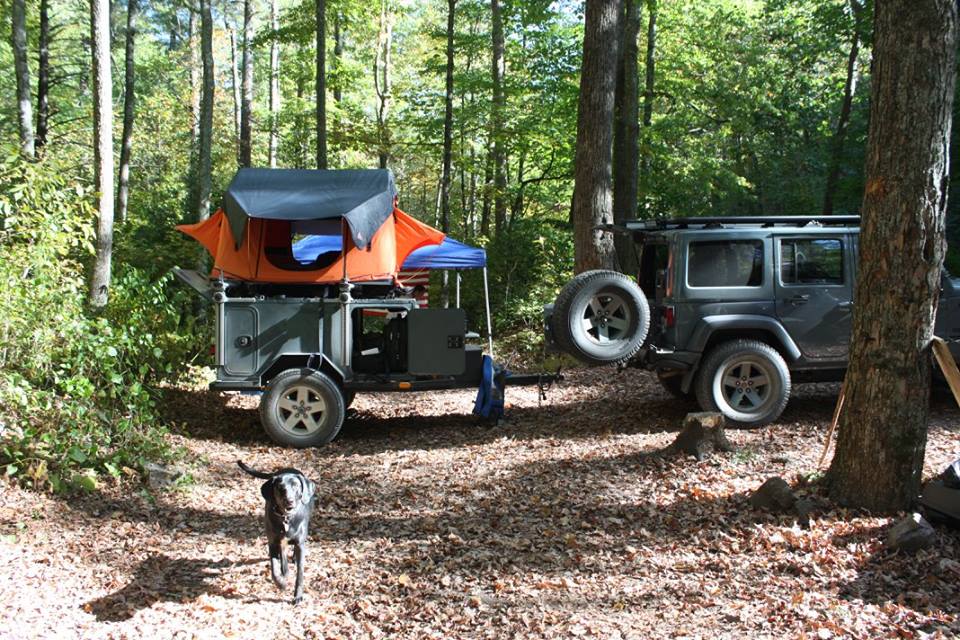 After buying the tent, he became interested in adding some shade.  At the time he was shopping for an awning, orange was not one of the colors being offered on the website, so he gave Tepui a call to see if an orange awning was a possibility.  He got some great news!  Not only could they craft awnings in a variety of colors, they could also make them in different sizes as well.  Tepui’s website only lists 4-foot and 6-foot sizes, but Neil wound up with an 8′ x 8′ that is color-matched to his tent. 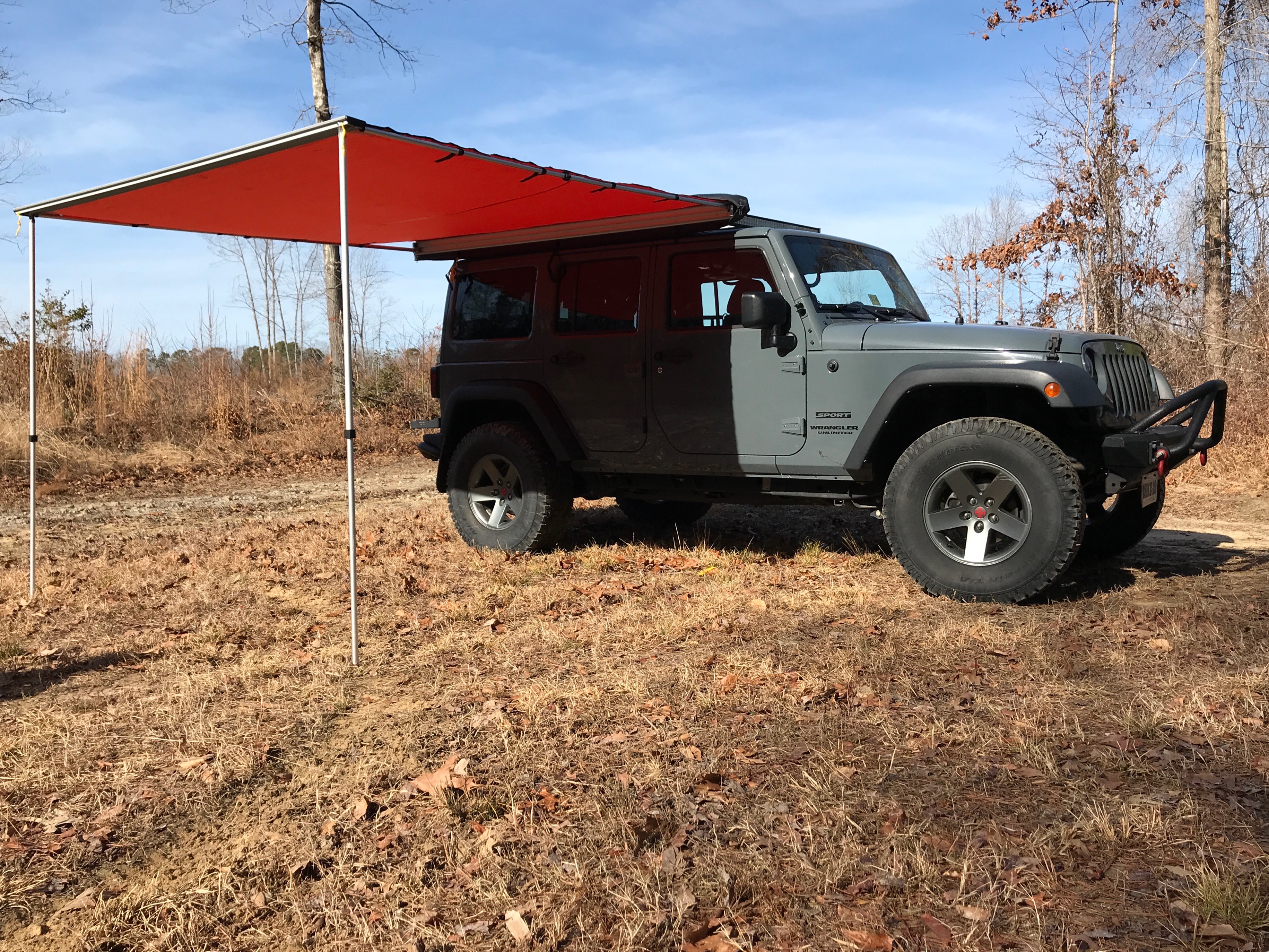 The joints on the Tepui and Smittybilt look identical.  Both are metal and feature reinforcement ribs in the same areas.  The aluminum channels on the Smitty and Tepui appear identical as well.  Tepui includes a much-appreciated finishing touch by placing large plastic acorn covers over every nut. Tepui has also added reinforcement material at all 4 corners.  We think this will substantially increase durability.  If the fabric was ever going to tear, it would start at a corner.  Doubling-up the material there is thoughtful engineering. 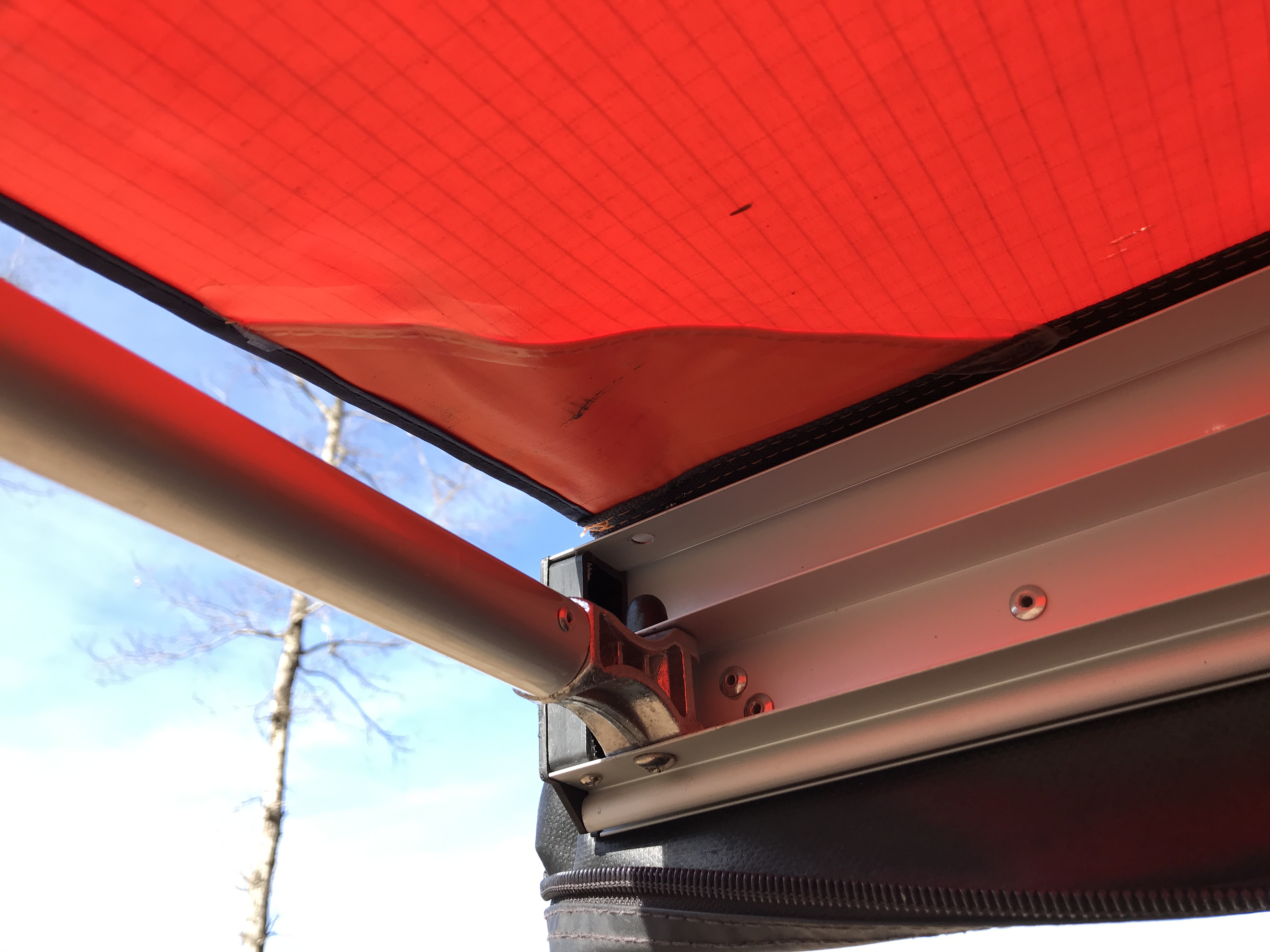 The Tepui pole pins aren’t as long as the Smittybilt, but are still of a different design than the ARB. 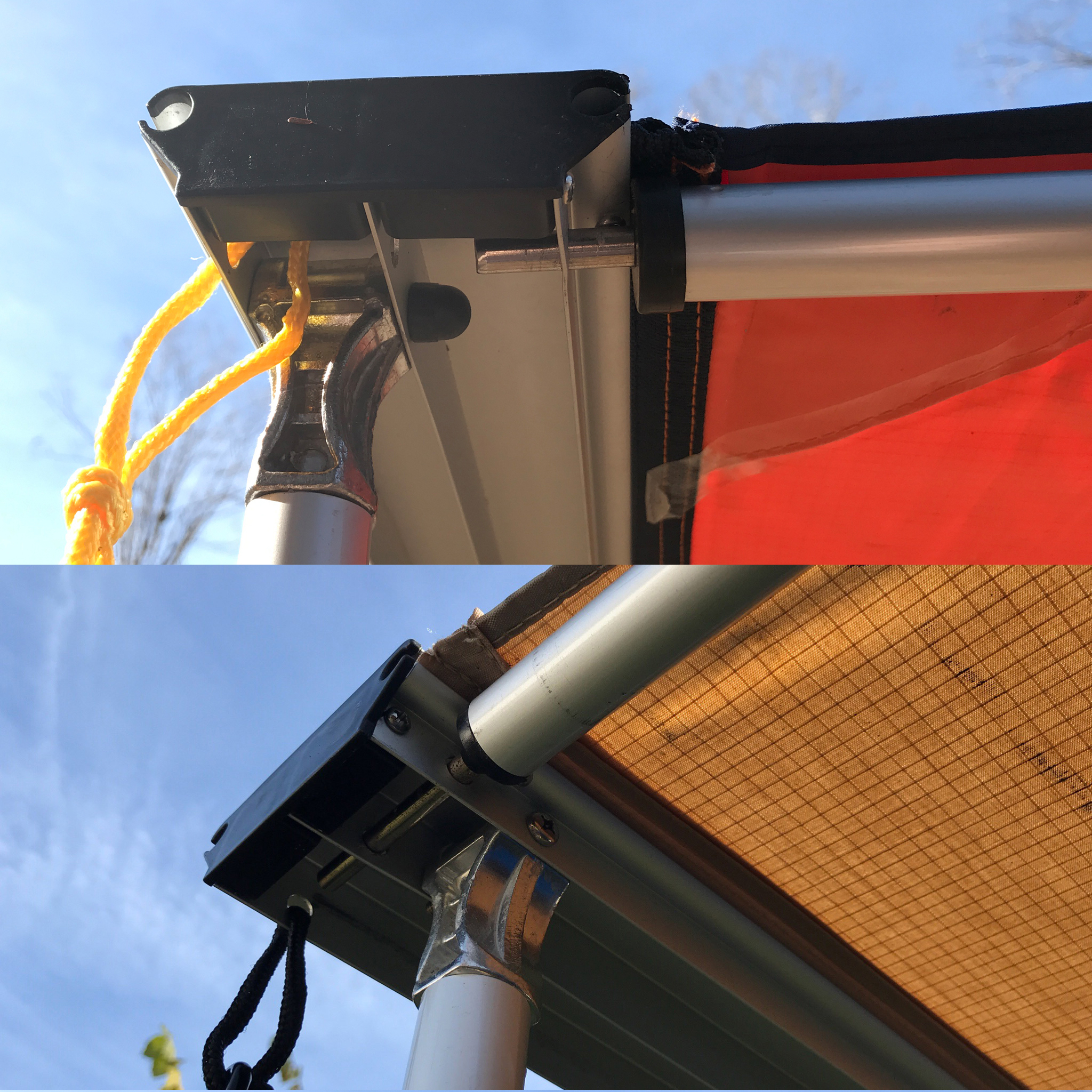 Tepui has designed their covers differently than both Smittybilt and ARB.  The seams are not taped, but they are overlapped and double-stitched.  No daylight shown through and the superior quality was very apparent. 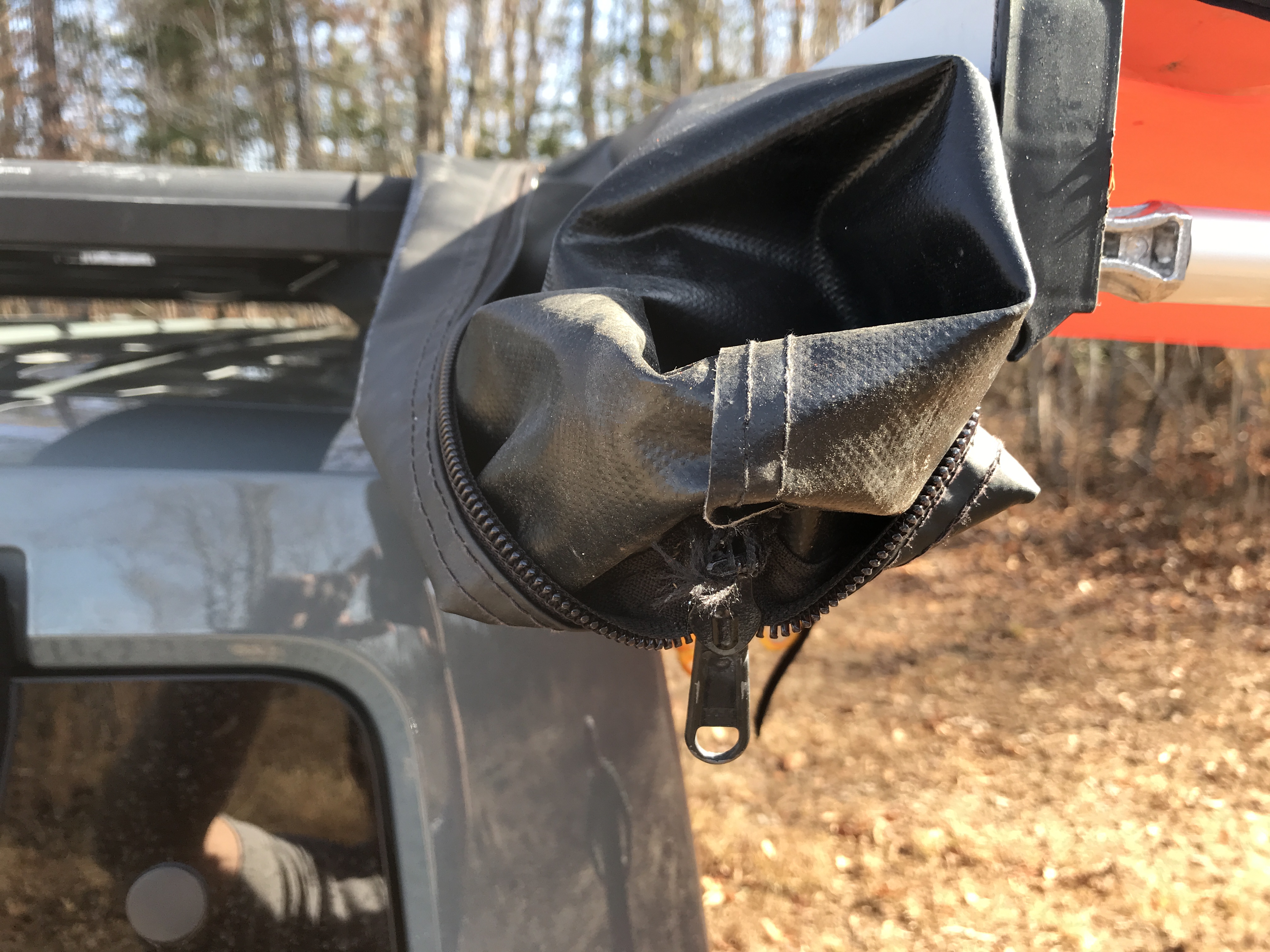 In a stroke of genius, Tepui didn’t carry the cover’s zippers around the corners.  The cover is made just slight longer than necessary, allowing for a straight opening.  This makes the cover much easier to close than the Smittybilt and ARB models.  Zippers on those have to make turns and require substantial force to do so.  It should also be noted that Tepui includes much more mounting hardware than Smittybilt or ARB. 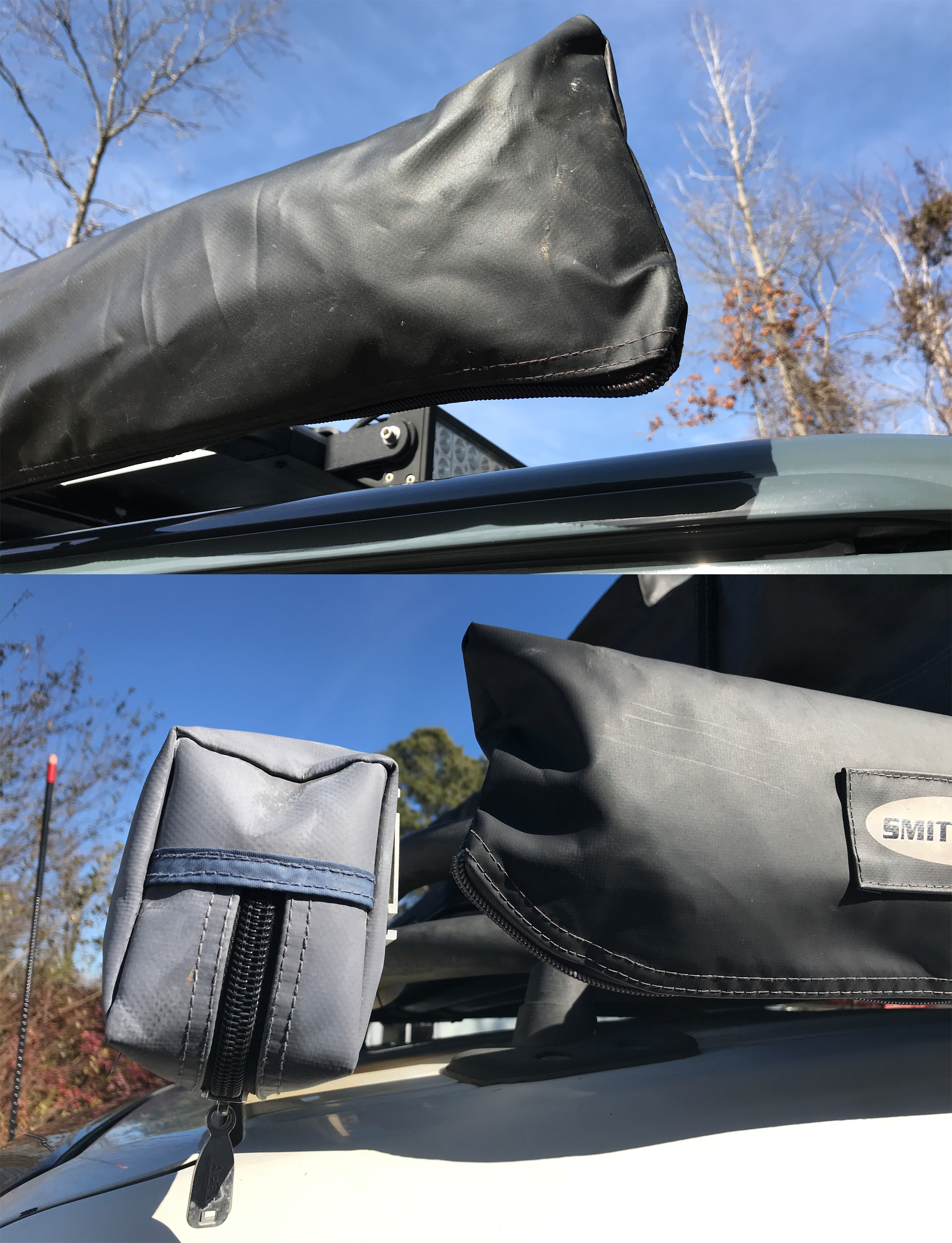 Tepui definitely offers some superior features and should certainly be included when you’re shopping for an awning.  You can find them at tepuitents.com  and on Instagram @tepuitents.

For more from Neil, check out his trailer build over on Expedition Portal. 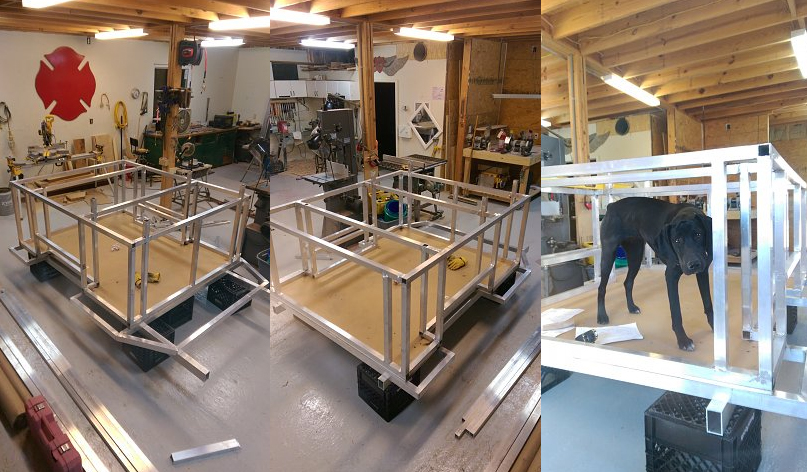